‘NCT DREAM TOUR “THE DREAM SHOW”’ received 2 enthusiastic performances on November 15th and 17th. It is expected to get high attention unfolded daily.

This concert is the first solo concert held by NCT ​​DREAM after its debut, and it is expected to attract audiences with various stages that combine NCT DREAM’s energetic music, performance and charm.

Tickets for additional performances will be available online at YES 24, the online booking site, with fan club pre-orders at 8 pm on October 24 and general reservations at 6 pm on 25th.

On the other hand, NCT DREAM was ranked first in 27 regions of the world’s top iTunes charts with the third mini album ‘We Boom’ released in July. It has been selected globally for two consecutive years. 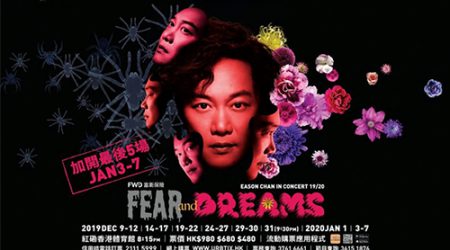 All 25 shows of Eason Chan’s (陳奕迅) Fear and Dreams Hong Kong Concert has been... read more