Macau casino king Stanley Ho and his many offspring have been in the news a lot recently. In just two months, the 98-year-old billionaire welcomed three grandchildren, and according to reports, he rewarded each of his kids S$20mil for every new family member.

Stanley with his third wife Ina and their kids (standing from left:) Florinda, Laurinda and Orlando

And basking in all the good news is Stanley’s third wife Ina Chan and her brood. Her youngest son Orlando, 28, recently had a baby girl with his wife Gigi, while his twin sister, Laurinda, is engaged to Chinese-Canadian actor Shawn Dou.

Here’s what Florinda’s new bae looks like
According to reports, the 30-year-old socialite is said to be dating a 50-year-old divorcee who holds a “senior position” in her mother’s company.

It’s been reported that in order to protect her relationship from the paparazzi, the publicity-shy Florinda flies to Macau every Friday, Saturday and Sunday to meet up with her new beau. Apple Daily also says the socialite has been hitting the gym hard to maintain her figure and is said to be happily in love .

Florinda and Joel back in the day

It’s not the first time Florinda’s dating life has made the news though. Six years ago, she was in high-profile relationship with Hongkong actor Joel Chan though that didn’t end well. The former couple had met in 2011, and Joel allegedly divorced his wife to be with Florinda. However, their tumultuous two-year relationship wasn’t viewed favourably by the public, with many people assuming that Joel’s just in it for the money. When they eventually broke up, Florinda posted a photo with the caption “Love = Money”, which led many people to assume that the couple had broken up over financial disagreements. 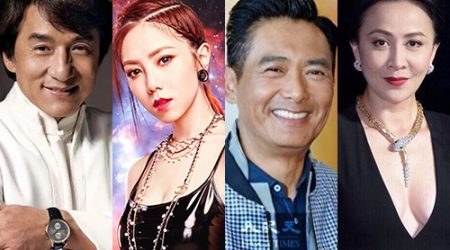