Those convinced that Marvel Studios president Kevin Feige’s Star Wars movie will be next up after The Rise of Skywalker would do well to take a deep breath. Ever since it was announced that Feige—the “showrunner” and main architect of the Marvel Cinematic Universe—would be producing a new Star Wars movie based on his idea, fans have been clamoring to learn more details. Rumors then began making the rounds that Feige’s movie would be next up on the docket, filling the “Untitled Star Wars Movie” slot that’s set for release in 2022, based on nothing more than wish-fulfillment.

Now Lucasfilm president Kathleen Kennedy is speaking a bit about Feige’s Star Wars movie, in the process noting that it’s probably going to be a while before we see it. During an interview with Rolling Stone, Kennedy explained how the pairing came about and said Feige’s movie is still a ways off:

“Kevin has been a huge fan of Star Wars, and he’s made that pretty clear. And I think when he went off to do a couple of the Spider-Man movies, he realized that he could kind of step in and out of what he’s doing specifically with just Marvel. He talked to us, and he talked to the studio and said, ‘You know, ‘Is there any chance I could step in and do one of the Star Wars movies?’” And I thought it was a pretty cool idea. So we’re just beginning to talk about what that might be and when that might be. But it’s a ways off.”

Kennedy acknowledges that Lucasfilm is currently in the midst of figuring out what the next decade of Star Wars movies looks like, although they’ve admittedly had some setbacks. She met early this year with Rian Johnson (who’s been hired to write and craft a new trilogy of films) and David Benioff and D.B. Weiss (the showrunners of Game of Thrones who were hired to craft a separate series of Star Wars films) to figure out what the next decade of Star Wars looks like. But creative disagreements with Benioff and Weiss, and the duo’s decision to strike an overall deal with Netflix, led to Benioff and Weiss departing their project this fall. The first of those films was reportedly going to explore the origins of the Jedi, indicating a Star Wars future that goes backwards in time, but it’s unclear how much, if any, of those story ideas remain, or if they’ll even be revisited by different filmmakers.

Speaking to Rolling Stone, Kennedy said she and the Lucasfilm team are exploring all possible options at the moment:

“It’s an incredible challenge, and it is something that we’re in the middle of, and I can’t even begin to tell you where this may end up, because I think you are absolutely right. I think whatever this next movie is, and how it begins to define a new way forward, it’s something we want to take plenty of time and plenty of conversation and careful thought before deciding exactly what we’re going to do.

We’ve got various things we’re looking at and various ways in which we can begin or not. As you can imagine. You know, do you go back? Do you go forward? All those questions are being asked. Do we stay in this galaxy? Do we go to another? The universe is never-ending. [Laughs.] The good news and the bad news. They have endless possibilities. It’s liberating, it’s exciting, and it creates a lot of pressure and anxiety as well.”

Indeed, Star Wars has never really ever been in this position before. George Lucas went through many, many, many drafts to originate A New Hope, which then spurred his ideas for the original trilogy, at which time he also came up with the notion of a sequel trilogy following a new generation of Skywalkers and a prequel trilogy explaining where Anakin Skywalker came from. But now, with Rise of Skywalker putting an end to the Skywalker Saga once and for all, the future of Star Wars is a blue sky. That is at once very exciting, and incredibly daunting, and as Kennedy says she wants to ensure whatever the next movie is, it sets the right tone for the franchise going forward. No pressure! 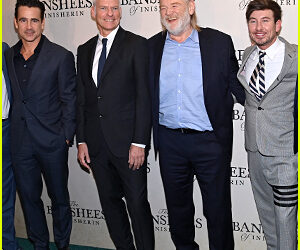