In 2016’s Captain America: Civil War, Marvel movie fans watched in horror as their beloved team of Avengers fought each other both ideologically and literally. In 2019, Lou Ferrigno has upped the ante. Ferrigno first played The Incredible Hulk in the landmark 1970s/80s CBS television series. Now, Ferrigno has declared war on his brother in Hulkitude: Mark Ruffalo. As reported by Comicbook.com, Ferrigno was very disappointed by Ruffalo’s portrayal of the character in Avengers: Endgame — particularly with Smart Hulk.

Smart Hulk, for those who have somehow still yet to see Avengers: Endgame, is the catchy nickname given to the film’s new version of The Hulk — a combination of Bruce Banner’s intellect with The Hulk’s, um, giant greenness (not to mention a dope pair of glasses and a sensible-yet-stylish cardigan). Ferrigno found this new rendition to be borderline blasphemous.

What’s happening is that the first two Hulk movies, the CGI was improving, but the last one, Endgame, I was disappointed. Because the Hulk needs to be hideous, he needs to be a creature. You see in Endgame, Mark Ruffalo — I think it has a lot to do with him and Disney — I didn’t like the way it portrayed [Hulk]. It took away that beauty, that quality of the Hulk. That’s why a lot of people liked the series.

It sounds to me like Ferrigno is a purist. He’s used to The Hulk being an extension of Banner’s anger, pain, and disgust — a “hideous creature,” if you will. So of course if he sees this new Hulk beaming optimistically and sharing a kind taco with Paul Rudd, it would rankle his feathers regarding the character. Ferrigno himself said as much, continuing: “Now in this new film, the Hulk is having dialogue conversations, I think it basically just spoiled it.”

This ain’t the first time Ferrigno has let his MCU opinions fly freely. At the 2019 Montreal Comiccon, he gave his power rankings of other screen performers’ takes on Hulk.

Mark is a wonderful actor. But we’ve had three different actors — we’ve had Eric Bana, Edward Norton and Mark Ruffalo. I like Bill Bixby the best, I like Edward Norton. But Ruffalo — I think he’s a wonderful actor, he blends in with the Marvel aspect of the Avengers — but I can’t take him seriously enough. Bill has that intensity, and you knew that when he was in danger, you could feel that intensity. But because of Marvel and Disney, they’ve taken a different direction. You can’t take it as seriously as the original series.

Well, you can’t please everyone. Many people — myself included — love the MCU’s generally lighter tone and flirtations with straight-up comedy in films like Thor: Ragnarok. But Ferrigno clearly prefers a more serious, intense, and scary take on Hulk. Alas! Maybe next he’ll start tweeting at Warner Bros. to get them to release the Snyder Cut?

For more silly superhero debates, here’s Parasite director Bong Joon-ho talking about why he’ll never direct a Marvel film. Plus — will one key Avenger be returning to their character after a splashy exit? And while you’re at it, check out a deleted Avengers: Endgame scene. 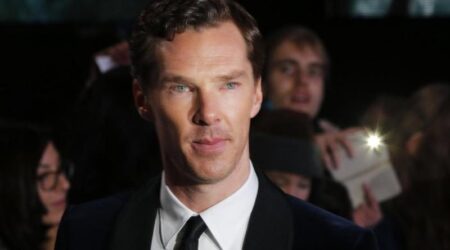