A model couple in the entertainment industry, TVB actor Jonathan Cheung (張頴康) has been married to former actress Angie Mak (麥雅緻) for seven years. Recently, Jonathan shared why his wife is so important to him and also how their relationship has weathered its storms like any other couple.

In-laws Doubted Him Before Marriage

The candid actor shared that in the past, Jonathan had always been “the nameless guy standing behind the main lead”, thus his wife had to convince her parents about their marriage as his in-laws had doubts about his career. While their relationship is going strong now, it was not without its low points.

The biggest storm the couple weathered was once when his wife walked out for four days. Jonathan explained, “I have my temper too, especially when driving. When we first moved into Tai Po, I was not familiar with the roads and got stuck in a jam which led to us quarreling…and quarrels always involved offensive speech.”

After the fight, the actor went to Shenzhen to film The Man Who Kills Troubles <解決師>, but when he returned he saw a letter on his room door and knew that something was amiss. Jonathan had no idea where his wife and daughter went. After they returned, he tried to pamper Angie with all possible methods before finding out that she had gone to Taiwan. “After so many years, every time I’ve gotten used to being the party to give in. When we got married, I had promised her that no matter what, the man would admit his fault, so I’d keep that promise.”

Jonathan also shared how after that quarrel, his wife had doubts about their marriage and even consulted tarot readers about whether he loved her, which he found amusing. “It’s better that she asked me if I did love her. I’d prove with my actions,” he said.

Wife Changed His Personality for the Better

While it remains a regret that Jonathan has lost touch with his birth mother (whom he has not heard from since he was four) despite him keeping his original name and reaching out to her through the media, the actor is glad to have met his wife with whom he has built a happy family life. Though he calls himself unromantic, Jonathan would pay attention to his wife’s words. If she mentioned a certain florist having cheap prices, he would slip out and withdraw money to get flowers before she wakes up. That is because he did not own a credit card until recently, which he keeps only for emergency use. “I give all my cards and money to my wife. I have no concept of money. She would pass me hundreds of dollars now and then, and it’s enough for me,”

Jonathan admitted that he had zero savings before meeting Angie, having blown a $100,000 HKD worth of savings on alcohol back during actors’ training class, when he would go drinking whenever he felt unhappy. “Being with her made me more human. I was a wasted person and hard to get along with; my character had changed a lot because of her.”

While he enjoys drinking, Jonathan keeps his alcohol habits under control, and prefers drinking just a little at home after the kids are asleep. Never letting his habit affect his work, Jonathan would tell his wife he needs a drink if he meets a demanding scene with many lines, and she would then go easy on him seeing how he had been keeping himself in check for several days. Joking that his wife has done a good job “taking care of him” like she mothers their two kids, Jonathan would also return the favor by buying her favorite soft toys, or flowers on her birthday. Describing their relationship as inseparable “just like in the dramas”, the 37-year-old would always remember to kiss his wife whenever he completes a kissing scene with his co-star. 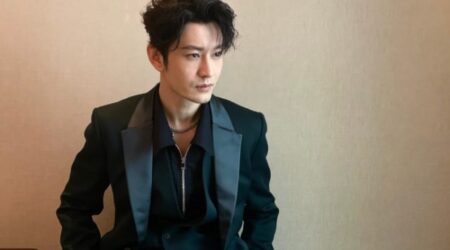 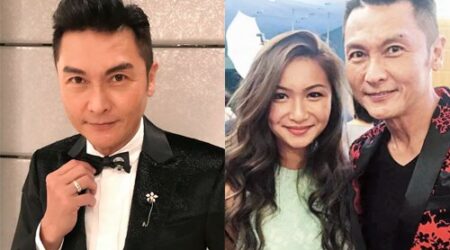 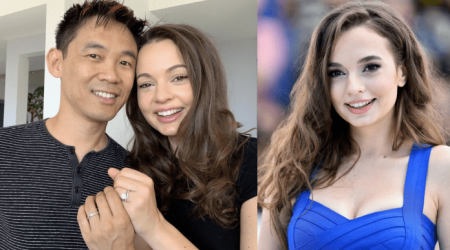