Lau Dan (劉丹) received a standing ovation when he was announced to be the receiver of Lifetime Achievement Award at the 2019 TVB Anniversary Awards, which were held on Sunday, January 12, 2020. There were no doubts that the 76-year-old veteran actor, who has become a household name for Hong Kong primetime TV, deserved the honor.

“I’ve been in the industry for 52 years, and I haven’t won a single award,” said Lau Dan upon receiving his trophy. “I can’t believe that my first award is such a big one. It’s really a blessing that I get to do what I love as my career.”

For the past fifty years, Lau Dan has memorialized many iconic roles and is a staple figure of Hong Kong primetime television. Some of his most famous works include A Kindred Spirit <真情>, Virtues of Harmony <皆大歡喜>, and most recently Come Home Love <愛·回家>, a sitcom series that has spawned several spin-offs and multiple seasons since its premiere in 2012.

It’s definitely safe to say that many Hong Kong youths of today have spent their childhood watching Lau Dan sitcoms during dinnertime. But this acceptance by the public did not come easy for the actor, who had spent many years as a “green leaf” before landing roles that the public could finally recognize him by name. 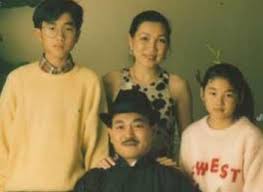 Flipping through his photobooks, Lau Dan realized that he actually didn’t take many photos with his family. “I was too busy,” he said. “But if I wasn’t busy, how could I raise my family?”

Often traveling overseas for work, Lau Dan used to take his son and daughter to work with him. “They’d watch me perform on stage, and then imitate me the next day,” he said.

Perhaps that’s why his son, Hawick Lau (劉愷威), was inspired to be an actor. Hawick had actually asked Lau Dan for advice (and permission) about joining the acting industry. Lau Dan was honest with his thoughts and did not sugarcoat his answer, but in the end, it was Hawick’s own decision that mattered the most.

“My father was actually very against me joining the industry,” Lau Dan recalled. “But look how long I lasted.”

Lau Dan went against his father’s wishes and signed a contract with a film company. “I told him that I couldn’t quit, because I’d owe the studios money. My father had no choice but to agree.”

Born in Shandong, Lau Dan’s family moved to Hong Kong when he was only six years old. He spent most of his childhood living in a shack, and as the eldest son, he was responsible for taking care of his siblings. As a child, he worked as a water laborer for quick cash. After his father became a cop, the family moved to the police dormitories located in Hollywood Road.

He was neighbors with Donald Tsang (曾蔭權), who went on to become Chief Executive of Hong Kong from 2005 to 2012. “We lived across from him and his family,” said Lau Dan. “While they were earning money through tutoring, I was boxing and doing stage plays.”

Lau Dan was very active in his youth, having played golf, tennis, and even diving. “I’ll get so bored doing a 9-to-5 desk job. Fortunately I never got a job like that.”

From Sailor to Actor 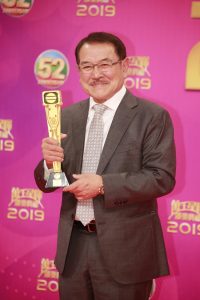 After graduating high school, Lau Dan worked as a construction worker, but was eventually laid off after a period of industry struggle. Jobless with no money, Lau Dan considered leaving Hong Kong, but a relative called him back for a new job as a sailor. Lau Dan initially found his new job exciting, but he soon started to feel the loneliness of the sea.

“You’re just staring out at open water. You get so bored you memorize every part of your ship.”

Just as he was thinking about changing careers, Cathay Films reached out to the shipping company to rent some boats for a new movie. After observing the movie sets with great interest, Lau Dan decided to test out acting.

In 1967, Lau Dan beat out 4,000 applicants and successfully auditioned for Cathay’s artiste training class. After Cathay, he worked for Shaw Brothers, Commercial Television, and finally TVB, where he became one of TVB’s most well-known “green-leaf” actors.

“I don’t care what role you give me,” said Lau Dan. “As long as I get to act and develop my craft. If you tell me to play random extras, I rather not do anything at all.”

Lau Dan has never been late to work, and has never requested a sick leave. “I’m not the only one like this. Other actors of my generation including Louise Lee (李司棋) and Liza Wang (汪明荃) were all hard workers. Liza would take two days off after filming a drama. She needs that time to recuperate. It is not a healthy lifestyle, but this is our responsibility to our craft.”

As he reflects his past fifty years of acting, Lau Dan can proudly say that he has no regrets. “I am not considered to be super wealthy, but when I first came to Hong Kong, I had nothing. With acting, I was able to raise my children. I was able to have a house and a car. Now, whenever I receive a new script, I get excited to read it. I always look forward to the day when I would have a big scene. I get to do what I love as my job. What more can I ask for?” 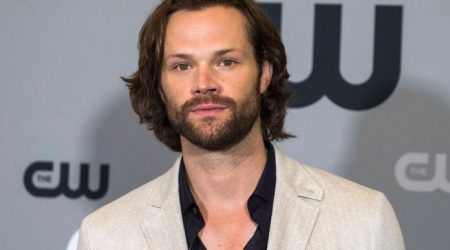 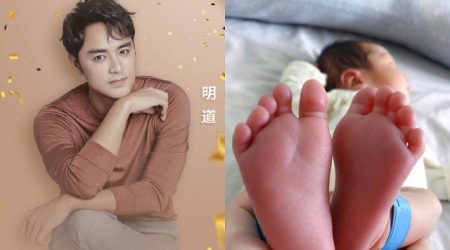 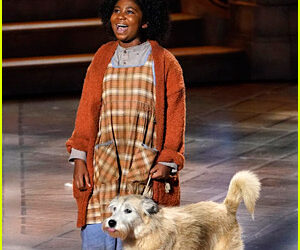