Singer and performer Lady Gaga has been travelling around Italy to film House of Gucci, a movie about the so-called “Gucci Black Widow”. From Rome to Milan and the Alps, paparazzi have followed the American singer and actress’ every move up and down the Italian peninsula.

In the film, which also stars Adam Driver, Jared Leto, Al Pacino and Jeremy Irons, Lady Gaga plays Patrizia Reggiani, who was jailed in 1998 for arranging the murder of her ex-husband, Gucci heir Maurizio Gucci.

Directed by Ridley Scott, the crime film is based on the 2001 book House of Gucci: A Sensational Story of Murder, Madness, Glamour and Greed by Sara Gay Forden.

Gucci the brand, which was acquired by French billionaire Francois Pinault in 1999 and is now part of the Kering Group, had no involvement in the film, which is certain to create a great deal of buzz thanks to some little-known facts about the scandalous family saga.

Here are a few highlights from the murder story and the extraordinary life of Reggiani that are likely to make it in the film.

Maurizio and Reggiani married in 1972 and later had two daughters, Alessandra and Allegra. They were friends with Jackie Kennedy Onassis and the Kennedy children.

The couple divorced in 1991, and soon after Maurizio started dating a younger woman, whom he planned to marry, making Reggiani jealous and fearful of her status as the former wife of a Gucci scion.

In 1995, Reggiani put a hit on Maurizio and hired Benedetto Ceraulo, a pizzeria owner, to commit the murder, which took place on a spring morning near Maurizio’s apartment in Milan.

After a much-publicised trial in 1998, Reggiani was sentenced to 29 years in prison but ended up serving 18 years and being released in 2016.

A court ruled she was still entitled to US$1.25 million (S$1.6 million) a year from Maurizio’s estate, and awarded her over US$20 million to cover her years in jail.

She once said: “I’d rather cry in a Rolls than be happy on a bicycle.”

According to reports from Italian media, 72-year-old Reggiani is upset that Lady Gaga didn’t arrange a meeting with her before filming began in Italy earlier this month. 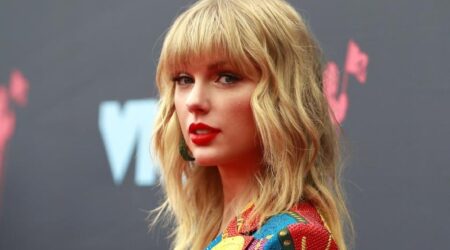 Taylor Swift says the red scarf in All Too Well is a... read more