After rebuking Japan last week over its plan to discharge contaminated water from the wrecked Fukushima nuclear plant into the ocean and threatening to petition an international court, South Korea ’s Foreign Minister Chung Eui-yong seemed to strike a more conciliatory tone in recent days.

Amid protests by students, fishermen and politicians, Chung said Seoul just wanted transparency and proof from Japan that the 1.2 million tonnes of water it plans to release in two years off its east coast would be treated according to International Atomic Energy Agency’s (IAEA) standards to remove harmful chemicals.

Similarly, China, which criticised Tokyo’s decision as “extremely irresponsible” with the potential to cause damage to the marine environment and human health, has yet to spell out further concrete steps against Tokyo.

Expressing “grave concerns” about Japan’s decision, Russia called on Tokyo to provide more data about its water disposal plans, while Taiwan said it had “strong concerns” about the Japanese decision, on behalf of the “people of Taiwan and environmental organisations”. The Pacific Islands urged Japan to reconsider its decision.

The seeming calm after the initial burst of anger at Japan has led analysts to conclude that regional countries will focus on pressing Tokyo to be forthcoming on its water discharge plans instead of sacrificing bilateral ties in what is already an uncertain geopolitical environment.

A major economic and political power, Japan is one of Asia’s largest trading partners and has strengthened political, security and economic relations with regional countries, many of whom view Tokyo as a friendly and reliable ally.

Ding Duo, deputy director of the National Institute for South China Sea Studies’ Research Centre for Oceans Law and Policy in China, said that as a state party to the United Nations Convention on the Law of the Sea (Unclos), Japan is obliged to protect and preserve the ocean environment.

Thus, before announcing its plan to release contaminated water into the ocean, Japan should have implemented its obligations under international law by “cooperating with surrounding countries, stakeholders and the competent international agencies to share the necessary information and intelligence and formulate an emergency plan”, Ding argued.

Indeed, after Japan’s shock announcement last week, the United States was the only country to endorse the decision, saying Tokyo had “adopted an approach in accordance with globally accepted nuclear safety standards”.

The IAEA global body working for the safe, secure and peaceful uses of nuclear science and technology said the ocean discharge was in line with international practice, though “the large amount of water makes it a unique and complex case”.

Tokyo said it can remove all the strontium and caesium from the 1 million tonnes of waste water it plans to discharge into the Pacific Ocean, but the tritium – a less radioactive material that poses little risk to human health in low concentrations – will remain.

Dmitry Stefanovich, a research fellow with the Centre for International Security at the Russian Academy of Sciences’ Institute of World Economy and International Relations, said Moscow was concerned not so much about the disposal of the contaminated water but the “lack of transparency” surrounding it.

“There are a lot of details that need to be disclosed so that all countries of the region have a clear picture of what is going on, and what will be the consequences,” Stefanovich said.

Australian National University (ANU) Taiwan studies lecturer Sung Wen-ti said Taipei was unlikely to escalate the issue besides urging Japan to mitigate risks, as it seemed there were few alternatives and thus, even imposing sanctions could be ineffective in getting Japan to change tack.

“Since it seems like a done deal, the point is to make the best of the situation,” Sung said.

Stefanovich said Russia has its own experience in managing nuclear incidents, most notably in the aftermath of the 1986 nuclear power plant explosion in Chernobyl, and hence understood the challenges including the “rather marginal effects” of waste water disposal.

“All in all, this latest part of the Fukushima story is more of a PR disaster, rather than actual ecological and radiobiological threat,” added Stefanovich.

ANU’s Sung said bilateral trade talks between Japan and Taiwan had already been affected in recent years after Taipei banned imports of Japanese agricultural produce grown near Fukushima, out of fear of radioactivity.

Despite calls from Japan to relax the ban, Taiwanese authorities feared being criticised “for being soft on food security”, Sung said, adding that the latest situation provided Taipei with the chance to strike a deal with Tokyo.

“Taipei can keep low-key its criticism of the Fukushima radioactive water issue, in exchange for Tokyo letting go of the ‘nuclear food’ issue, and no longer make Taipei lifting the ban as a condition for progress in bilateral trade talks, not to mention Japan’s help with Taiwan’s CPTPP membership bid,” Sung said, referring to the Comprehensive and Progressive Agreement for Trans-Pacific Partnership, a trade agreement among Australia, Brunei, Canada, Chile, Japan, Malaysia, Mexico, New Zealand, Peru, Singapore, and Vietnam.

South Korea, which has asked that its experts be allowed to take part in the IAEA study on the planned water release, would not allow the issue to get out of hand, Sung predicted.

It had to preserve a working relationship with Japan to solve regional issues ranging from North Korea’s military threat to what Seoul perceives as greater China assertiveness, he said.

“Seoul only knows too well the downsides of ‘wolf warrior’ diplomacy and the risks of rising Chinese geopolitical ambitions,” Sung said, referring to the more aggressive style of diplomacy adopted by Chinese diplomats and the uptick in Chinese military activities, especially in the East and South China Seas.

Pointing to the complexities of Russia-Japanese ties where both countries have yet to sign a post World War II peace treaty and where territorial disputes still exist, Stefanovich said Japan is likely “the least adversarial G7 country that tries to avoid taking an anti-Russian stance, which is not a common thing among US allies”.

The G7 consists of Canada, France, Germany, Italy, Japan, the United Kingdom and the United States.

“I believe that the issue of Fukushima water will be solved in a mutually acceptable manner without any dramatic moves,” Stefanovich said.

Li, who specialises in politics and society, said China is likely to ban the import of Japanese seafood and other agricultural products.

He added that the issue – coupled with the recent US-China agreement to cooperate on climate change – has given China “a strong bargaining chip” in exerting pressure on Washington to play a responsible role in environmental issues.

Other Chinese experts have called on Beijing to proactively prepare a legal battle against Tokyo as China will be the biggest victim once the waste water is disposed into the ocean.

China’s nationalistic tabloid The Global Times quoted Gao Zhiguo, president of the Chinese Society of Law of the Sea and former judge of the International Tribunal for the Law of the Sea, as saying that based on Unclos, “the illegality of Japan’s decision is indisputable”.

However, Wu Changhua, executive director for the Professional Association for China’s Environment, maintained that the contaminated water issue should not be “tangled with politics”.

“It is a matter of human rights, an issue of marine environmental health and security, a threat to food safety and marine life.”

Wu urged regional countries to turn to the UN and the multilateral process to pressure Japan to undertake “full disclosure and in-depth consultation in order to generate more science-based solutions”.

“Chinese scientists shall participate actively and become part of any mechanisms that will form the next step,” Wu said.

She also called on Tokyo to invest in supporting scientific research and turn the current situation “into a role model of solutions, to prevent future disasters”. 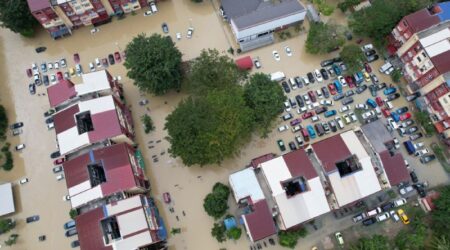 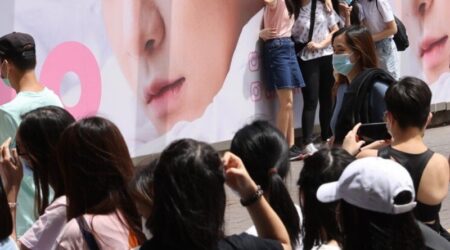 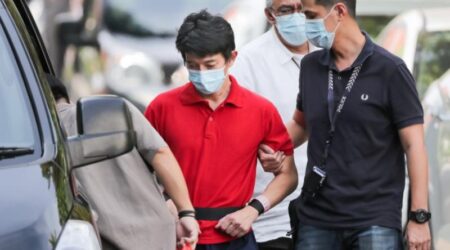 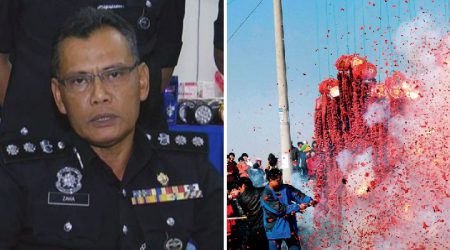 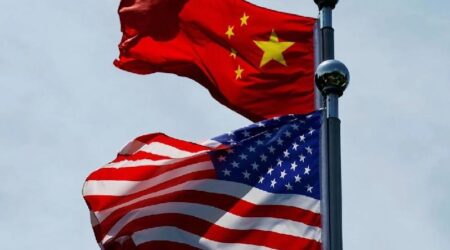 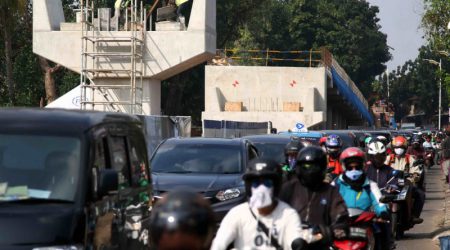