Mark Lee may have seen his star rising in the past two decades, but the 53-year-old actor-director still has not shaken off his reputation as a “rubbish bin”.

The moniker stuck after his calefare role in the long-running ’90s variety show Comedy Nite, where Mark played a talking trash bin. The popular series which spanned more than a decade was also responsible for launching the career of fellow comedian Henry Thia.

The dialect phrase is Hokkien for rubbish bin.

But rather than get offended, Mark said philosophically: “I believe we should remember where we came from and not forget what made us famous,” adding that he would reprise his role if needed. “I will do it again, because that was what made people notice me.”

On Henry, Mark added that while the 69-year-old may have been the “more handsome” one when they first stepped foot in the entertainment industry, the tables have turned.

In a video interview with Lianhe Zaobao, he also shared insights into how his life and career have panned out.

“I was born with naturally fierce looks so I was at a disadvantage,” said Mark, who has been married for 21 years to Catherine Ng, 48. The couple are parents to three kids aged eight, 10 and 13.

“To be a comedian looking like this is extremely difficult, but the heavens probably took pity on how poor I was and saw my hard work. But when the opportunity came, I also had to grab it. So do I think I’m lucky? Yes, very.”

However, being in the public eye is not all positive. Getting “scolded” by audiences from time to time also comes with the territory.

Towards the oftentimes strongly-worded remarks, Mark doesn’t view them as a bad thing.

“If we adopt the mindset that their criticisms come from a good place, then it doesn’t matter how they said it. If we take the time to consider [their criticisms] and think they could be right, why shouldn’t we change?” he replied placidly.

With the highs and lows associated with the entertainment industry, Mark is understandably hesitant about allowing his kids to follow in his footsteps. “I will object before giving my approval,” he shared, explaining that he would still prefer his kids to get an education first and foremost.

“Not everyone will be successful [as an actor],” added the showbiz veteran candidly, giving the example of an unnamed former colleague who quit showbiz because it was “too tiring”.

But he shared that the aforementioned colleague found it difficult to change careers because others couldn’t take him seriously. “People think acting pays very well, but that’s not true for everyone,” Mark added.

He acknowledged that it has been a hard road to success in his 30 years in showbiz, but was quick to admit that money comes more easily now.

He mused, however, that it is true not just for himself, but particularly for those blessed with the gift of the gab. Ironically this comes “during these extraordinary times where businesses like those in F&B are down by about 80 per cent,” he remarked.

“For us hosts or retail livestreamers, we rely on our mouths and we don’t need to consider rent or employees, so if you ask me if money is good for us, yes it is.”

“But I’m still not number one,” added the funnyman, who couldn’t help but take a jibe at his friend, getai veteran-turned-popular-livestreamer, Wang Lei.

“Of course, the top place goes to ‘Sell Fish Brother’ [Wang Lei’s moniker], so the authorities should look into whether he filed his tax returns,” joked Mark.

On the question of who he would save — his wife or his mentor Jack Neo — if they both fell into the sea, he deadpanned: “[Jack] is so famous, everyone will rescue him first, otherwise they won’t have good movies to watch.”

“I will definitely save my wife first, because she needs to take care of the three kids, I can’t do it without her.” 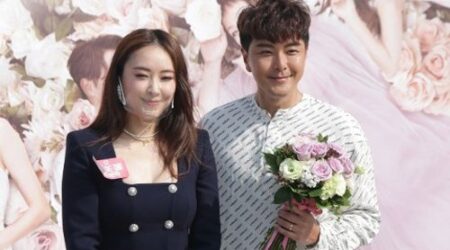 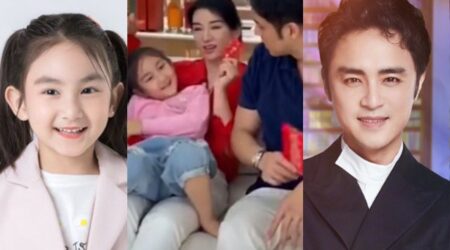 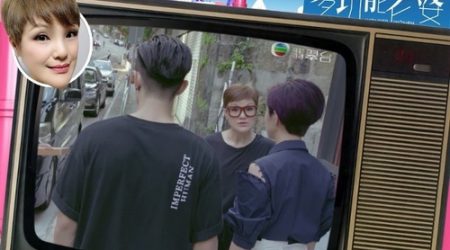