Omega X may not be the first band its members are a part of, but it will hopefully be their last.

“We are grateful that we’re able to return to the spotlight and have this second chance,” says band member Hangyeom. “We’ve all had pain and hard times, but we hope to overcome that with our second debut. We hope we can create a new path for [K-pop] trainees dreaming of taking up this career.”

The boy band, also known by the initials “OX”, debuted recently, and released their first EP, Vamos, on June 30. OX comprise 11 twentysomethings who have all been part of other K-pop groups over the past few years. Some have formally disbanded, while others are still active but on extended hiatus, with their fates up in the air.

Speaking to the Post via video call just days before the release of the album and its title track Vamos , the members of Omega X said they are still getting used to working with one another.

They came together at the start of 2021 under the Spire Entertainment label for this new opportunity, after years of performing with other acts, going up against other K-pop hopefuls on televised competition shows, and sometimes waiting in despair to hear from the labels they were signed to whether they’d ever be able to perform onstage again.

The band’s name reflects OX’s potential to be the ultimate musical group – the last competitor, of sorts, in the highly competitive K-pop world. According to its youngest member, Yechan, born in 2001, “‘omega’ means last and the ‘x’ means mystery in mathematics, so our bosses told us it means we’re going to be the best team ever in the whole pop world.”

Hangyeom jokes that he thought it was a very “healthy” name since it evokes the popular Omega-3 supplement.

“I think the group name matches well with our company’s name, Spire, since it’s the apex, and Omega X is the last boss,” adds Sebin. “Since we’re trying to go to the top of the industry, as if climbing this spire, I think it’s a really fitting name.”

Though its members have no defined roles and Omega X has no defined leader, as is common with many K-pop bands, Sebin has been in the industry the longest. Born in 1996, he was the youngest member of Snuper when the band debuted in November 2015, and is among Omega X’s oldest members.

He poured his determination and energy into creating the band’s slogan “OX win, ha!” that they shout to hype themselves up before performing. It is also, fittingly, the name of the intro track on Vamos, as if heralding their arrival – or return, depending on how you look at it.

Omega X have made their debut at a time when other K-pop groups and artists who have previously not seen much success are receiving a lot of love , which bodes well for the potential of a new group featuring some old faces.

Though the members only began to work together this year, they’ve since discovered that at one point or another, they have run into each other professionally during their past lives in the industry. This, and their dedication to succeeding as Omega X and creating music for their fans, has helped them bond quickly.

They all take turns talking during the interview, each raising his hand when he has something to say to avoid talking over one another.

“At first I was very surprised when I first met all the members since all 11 of us were like-minded,” says Xen. “It was great to be sharing the same goal, as it makes us understand one another better.”

“Our debut as OX is more special but it’s also the last time,” reflects Hwichan on their coming together. “Personally, I want to try my best and I hope we all succeed.”

Xen, who was in the group 1team along with fellow OX member Jehyun, is determined to keep creating music no matter what. “I was sick when I was younger and listening to music really helped me feel better. That was when I began dreaming of becoming a singer, so that I could sing and help others feel better.”

The five songs featured on Vamos reflect the members’ feelings. “Some are hip, some exude our sincerity to fans and several members participated in writing lyrics on it,” shares Hangyeom. “It features our vocals, performance, rap, and emotional skills, so we really hope to share it soon live to fans. Vamos means ‘let’s go’ … so I think it shows our aspirations and ambitions.”

“Our music is based on hip-hop beats collaborating with K-pop synths,” shares Yechan. “We’re talking about our everyday feelings in the music, so it can always change.”

On the album’s closing track, Younger, they share their innermost feelings and the original dreams they each had that led to their musical careers.

“Though seven of us wrote the lyrics for Younger, all of the 11 of us feel the same way about the song so I hope fans recognise that’s how we all think,” says Jaehan, who co-wrote the lyrics with Hangyeom, Hwichan, Hyuk, Sebin, Junghoon, and Jehyun. “Hopefully on our next album, even more members will be able to participate on it.”

According to Hangyeom, everyone should pay special attention to Junghoon’s line from that song: “Will the faded, abandoned dream come to me again?”

“This was on my mind the most between my debut and joining Omega X,” Hangyeom says of Junghoon’s verse. “Even thinking about this line now, it makes me feel a bit sad and I think all of us think similarly. When we were in between groups and didn’t know what was in store for us – I think fans might be interested in that part a lot.”

Taedong never made his formal debut in the planned group Gidonggae and appeared in several competition shows but never had his day in the spotlight until now. He agrees with Hangyeom that it’s a lyric that really represents OX.

“My last performance was in June of last year, and even before that there had also been a really long break,” he reflects. “I think Junghoon’s line is really touching, as the time in between was really difficult. The opportunity of being on stage again … I don’t want to miss it again.”

During their showcase on Vamos ’ release day, several members shed tears as they performed Younger, showing how much it meant to assume the places on stage they had been working so hard towards. For many, Omega X is likely their last chance at achieving success in K-pop, and they’re giving it their all.

Although dozens of boy bands and girl groups debut every year, the members of Omega X aren’t necessarily concerned about taking the stage again under a new name. “We’re not too nervous about debuting because each of us have had careers before,” says Yechan. “We just are trying to enjoy everything.”

The band is hoping to receive a rookie award, and are working determinedly to prove their worth. “Our ultimate goal is to become the number one in the world,” shares Hangyeom. “Until the whole world knows about us, we’ll be working hard.” 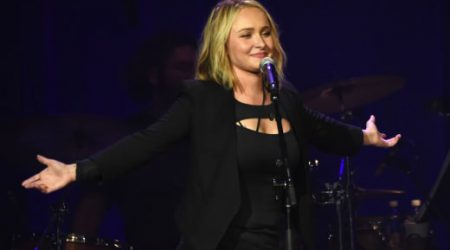 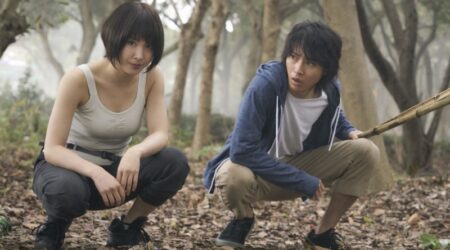