Things have certainly escalated since a woman named Du Meizhu accused Chinese-Canadian singer-actor Kris Wu Yifan of using different methods to lure underaged girls. At the time, his team immediately responded with a lawyer’s letter stating their intention to take legal action against her false statements. It’s been over a week since then and Du Meizhu claps back with more revelations.

Continuing to speak out through social media in the past few days, Du Meizhu reveals that she has already filed a police report but has yet to file a lawsuit because she is waiting for the other party to make a move first. She also uploaded a video containing screenshots of chat conversations where someone from Kris’s team allegedly reached out to her to settle out of court. She says she asked for CNY 8 million. They offered her CNY 1 million and eventually settled on CNY 2 million after negotiating the terms. She posted their alleged settlement agreement which states that she would refrain from blackmailing or resorting to any method that will bring harm to the other party (assumed to be Kris Wu). The agreement also included 7 other parties as Du Meizhu has previously stated that she was in touch with other girls in a similar situation as her. Nonetheless, she ultimately told Kris’s team that she won’t settle.

Du Meizhu also uploaded a video with screenshots of another alleged Kris Wu staff informing her that a payment of CNY 500,000 has been made to her account. She shared the alleged receipts showing amounts of CNY 200K from “Wu Yifan” and CNY 300k from “Wu Stacey Yu.” She claims the money was transferred to her account without her knowledge to pressure her into accepting the deal.

On July 18, Ent163 网易娱乐 published their exclusive interview with Du Meizhu. According to the interview, Du Meizhu is in the process of returning the CNY 500k she received in batches. She also claims Kris Wu would hit on girls by: 1 – casting actresses and having the girls come in for an audition late at night, 2 – have the fandom leaders select young and beautiful girls they would take to small meet and greets. They’d tell the girls that there would be other people but Kris would be the only person in the room. 3. have the girls he’s slept with introduce him to other girls. If it’s successful, they’d receive material rewards. Du Meizhu claims that she wanted to leave the first time something happened between her and Kris Wu but his manager threatened her. She says she was taken back to the room and gotten drunk to the point she was unconscious and found herself on Kris’s bed. She also claims there are two victims currently still underaged and they have retained evidence.

Kris Wu Starts to See Repercussions from Brands Distancing Themselves

Kris Wu’s side has yet to issue a response. However, it seems he is beginning to see repercussions due to the seriousness of the accusations being thrown at him. Eagle-eyed netizens have noticed that the social media post by China’s state-owned broadcaster CCTV News promoting Kris’s new single Soar is no longer viewable as the privacy settings have likely been changed. The same can be said for a number of social media posts from different brands associating with the actor that are no longer viewable. At around 7pm on July 18, cosmetics brand Kans (Han Shu) released a statement indicating that they’ve issued a “Termination Notice” to Wu Yifan and has terminated all partnerships with him. Confectionary company Bestore Co has issued a statement in response to questions from Netizens about Wu Yifan’s status as their brand ambassador to clarify that his contract has ended since November 2020. 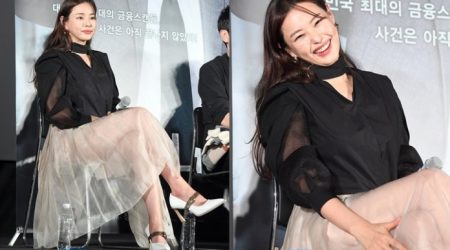