The original thriller series “Squid Game” by Netflix has taken the world by storm. Since it started airing, it’s become known for the perfect combination of action, thriller and terror.

However, the plot isn’t all that’s carrying the show. Lead actor Lee Jung-jae (이정재)’s acting skills as middle-aged Seong Gi-hun certainly have a part to play in it as well. Although he has a rather rugged appearance in the show,  the actor actually takes very good care of his looks.

The 48-year-old actor first debuted as a fashion model before moving on to acting. He’s appeared in many classics such as “Assassination” and “New World”. Most of his roles have him showing off his charisma and good looks, however, his charisma still shines through even as Seong Gi-hun.

Jung-jae’s breakthrough came via the award-winning film “An Affair by E J-yong”. Shortly after that, he won Best Actor at the Blue Dragon Film Awards and the Koran Association of Film Critics Awards for “City of the Rising Sun”.

Aside from the awards, Jung-jae also found his best friend Jung Woo-sung who acted alongside him in the movie. The duo founded Seorim C&D (a real estate company) in 2008 and went on to co-own several other businesses. In 2016, they founded and became CEO’s of an entertainment label called the Artist Company.

This shrewd businessman was named the youngest Korean actor at the age of 27. With both his killer looks and acting skills, it was no wonder he held the title. Many said he was perfect for romance movies as he seemed mature and assured of himself, the perfect hero material. He once caught former Samsung princess Lim Se-Ryung (임세령) and “men catcher” Kim Min Hee (김민희)’s eyes.

His facial appearance is one thing. Jung-jae also takes very good care of his body. It’s clear the actor doesn’t skimp on gym days, and he’s got the muscles to prove it. Not only that, Jung-jae apparently is very strict on his diet. His perseverance and determination to look after himself has impressed many fans.

With such positive reviews, it is very likely the drama “Squid Game” will have a season two. As such, we are definitely looking forward to seeing Lee Jung-jae on screen again. Hopefully they let him show off his sculpted physique in the next one! 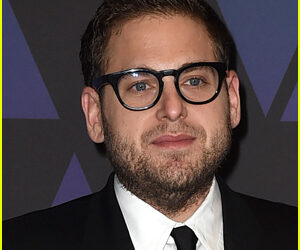 Jonah Hill Fires Back at Haters Saying He ‘Ruined Surfing’