Since the shock collapse of Malaysia’s Pakatan Harapan government in March 2020, just 22 months after it swept to power, the fortunes of the coalition’s linchpin, the Parti Keadilan Rakyat (PKR), has been in free fall.

Led by the country’s reformist icon Anwar Ibrahim , the PKR has stuttered at multiple by-elections. It has also been beset by defections and questions about its overtures to parties from the current governing bloc linked to Najib Razak, the scandal-haunted ex-prime minister.

Now, analysts say the recent upset victory of Rafizi Ramli, a maverick former lieutenant of Anwar, for the post of PKR’s deputy president, suggests party members are seeking a change in how the group approaches national politics.

Speculation is mounting that Prime Minister Ismail Sabri Yaakob , a member of Najib’s powerful United Malays National Organisation (Umno), may call a snap general election in the third quarter of 2022, well ahead of a 2023 deadline.

Rafizi, a former MP and owner of the pollster Invoke, defeated the PKR’s secretary general Saifuddin Nasution in the race to be Anwar’s No 2. Saifuddin was seen as Anwar’s preferred candidate.

Anwar, jailed twice on what supporters say are trumped-up charges of corruption and sodomy, co-founded the progressive-minded and multiracial PKR in the late 1990s as an alternative to the Umno juggernaut that has governed the country for much of its post-independence history.

Political observer James Chin said party supporters were seeking a “new Keadilan” by backing a deputy president who did not have the explicit backing of Anwar. “This is a vote of fundamental change from party members. Rafizi is offering something different,” Chin said.

In a thank-you note published on Monday, 44-year-old Rafizi sought to dispel suggestions about a split in the PKR following his victory.

He said he would arrange a meeting with Anwar to prepare for the expected general elections in the coming months. “Keadilan will regain its strength after all members from the grass roots to the president move with one strategy and each undertaking their respective tasks effectively,” Rafizi said.

A former senior executive with the state energy firm Petronas, Rafizi served as an MP from 2013 to 2018, but retreated from the political scene after that year following what was reported to be falling out with Anwar and the PKR’s top brass.

In March, he said he was making a political comeback following back-to-back bypoll defeats for the Pakatan Harapan alliance. Rafizi said he hoped to make a contribution to regain the trust of political fence-sitters.

“A lot of my work before was not so much focused on Pakatan voters, but a lot of the work centred on voters on the fence,” he said in an interview. “If there is any contribution that I can give during this short time before the general election, the time is now for me to provide assistance which may prove helpful.”

On other occasions, he criticised the opposition bloc’s attempts to work with Umno – including with Najib – saying it displayed short-termism on the part of the leadership.

Some within PKR had suggested the party needed to adopt a “big tent strategy” that involved some degree of cooperation with arch-rivals to retain to power at the federal level.

“That is why after two years I said enough with trying to get [federal power] with tents. With the storm nowadays, whatever tents we use will just fly away,” said Rafizi.

Alongside Rafizi, three of the four contested vice-presidency seats in the just-concluded internal polls have been won by members who are Rafizi’s allies.

One of the incoming vice-presidents, Nik Nazmi Nik Ahmad, said the vote’s outcome meant that the party’s “future is positive”, with several of those triumphing in their 40s. That stands in contrast to the norms of Malaysian politics where party leaders are much older.

Echoing Rafizi’s sentiment that the voters had sent a clear signal, Nik Nazmi said the vote result signalled the PKR needed to reject tactics of political expedience as well as cooperation with “forces who have repeatedly rejected reform”.

“They have voted for us to forge a convincing manifesto that will energise our base and bring the fence-sitters – including the women and the youth – over to us,” he said.

Harris Zainul, an analyst with the Kuala Lumpur-based Institute of Strategic and International Studies, said it was likely that the PKR rank-and-file membership had voted for new ideas, rather than for youth for its own sake.

“To me this is the more important factor when trying to explain the party election results – that the party wants fresher ideas to complement Anwar’s leadership,” said Harris.

Others pointed out that Rafizi, while much younger than Anwar, was no political greenhorn, having been an active player in the country’s roller coaster-style politics for the better part of two decades. His 2013 election victory – the first time he ran for office – was also indicative of his political nous, the analysts said.

A one-time deputy prime minister under the aegis of an Umno government, Anwar became a progressive darling after his 1998 sacking. Pakatan Harapan has its roots in the Reformasi movement that was formed following his sacking and subsequent imprisonment.

He was jailed in 1999 for sodomy and corruption – charges he and rights groups say were trumped up by the then Mahathir administration. After his 2004 release, he led the opposition alliance to unprecedented gains in elections in 2008 and 2013, but was again imprisoned in 2015.

Following Pakatan Harapan’s 2018 victory, Anwar was granted a full pardon by then ruling monarch Sultan Muhammad V, and he re-entered the political fray.

“What is important now is for [PKR] to build narratives that can convince people that they are better than other parties while rural voters are still staunchly supporting Umno,” said Awang Azman, a lecturer at the University of Malaya.

Dismissing the narrative of public’s rejection of Anwar as “false sentiment”, he believes that Anwar, long derided by critics as an “eternal prime minister-in-waiting” would in fact work well with his party’s next-generation leaders.

“The challenge is now for Rafizi to succeed as how he vocally claimed [he would] in his campaign,” said Awang Azman. 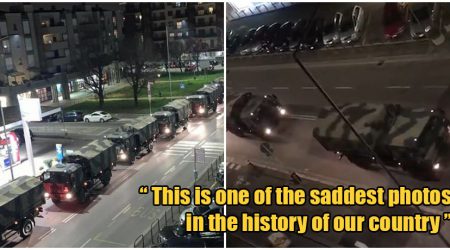 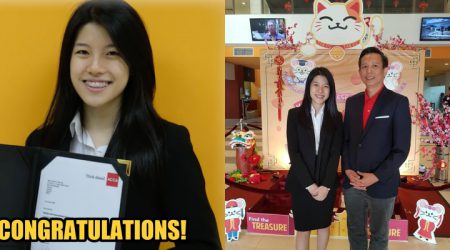