Vanessa Kirby has made quite a name for herself in the action genre the past two years, but she’s coming back to drama in Pieces of a Woman. According to Variety, the Mission: Impossible – Fallout and The Fast & Furious Presents: Hobbs & Shaw star will head the cast as a character coping with a tragedy after her home birth leads to the death of her child. Kirby is no stranger to drama, having portrayed Princess Margaret on Netflix’s The Crown, in addition to her recent strong supporting roles in Me Before You and Genius. The film will be helmed by Hungarian director Kornél Mundruczó, whose 2014 flick, White God, was a stunning achievement. That movie follows a 13-year-old girl whose mixed-breed dog is removed from her care by her strict father. The dog ultimately finds his way to a dog-fighting ring where he is trained to be a killer, only to escape and seek revenge on those who wronged him. A bleak and gritty film, White God surprisingly works very well, considering Mundruczó cast a canine as one of his leads. Now he’s got the talents of Vanessa Kirby to work with.

Pieces of a Woman will be written by Kata Wéber, who also co-wrote White God. It will be produced by Bron Studios, a growing Canadian production company whose involvement in a vast list 2019 of titles including Joker, The Red Sea Diving Resort, Child’s Play, The Addams Family, The Good Liar, and the forthcoming Bombshell, has brought it great recognition.

Kevin Turen, who has executive produced HBO’s Euphoria, Villains, and 2020’s Antlers, will produce the project. The joining together of Mundruczó and Turen with a script from Wéber shows great promise for this film, which has no distributor as yet. Adding Vanessa Kirby to the mix makes for an intriguing drama sure to get some attention as the cast continues to fill out.

UPDATE: Shia LaBeouf has been added to the cast of Pieces of a Woman, according to The Hollywood Reporter. It’s already been a big year for LaBeouf, whose The Peanut Butter Falcon and semi-autobiographical Honey Boy, set for release next month, have both generated glowing reviews and critical acclaim for the actor. Now, with this role opposite Kirby, we may be entering the throes of a LaBeouf-aissance. 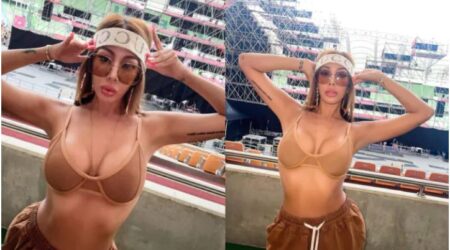