A group of political party leaders, including Perikatan Nasional (PN) deputy minister and senior politicians, had allegedly violated the movement control order (MCO) as seen on an Instagram photo posted on the weekend.

According to Malay Mail, Deputy Health Minister I Datuk Dr Noor Azmi Ghazali, Perak exco Razman Zakaria and their entourage were apparently distributing provisions and eating together with a group of people at a tahfiz institution in Perak.

Umno vice-president Datuk Seri Mohamed Khaled Nordin criticised Azmi for not setting a good example for Malaysians during the MCO.

“In other countries such as New Zealand, the health minister resigned for violating lockdown rules, as well as the public in their respective country expressing anger at the UK housing minister and South African communications minister for the same reason.”

“We do not want to have different rules, leadership must demonstrate good behaviour.”

After news about the incident had spread, Senior Minister (Security Cluster) Datuk Seri Ismail Sabri Yaakob said that the police will take action against anyone who violates the MCO, including VIPs – referring to the political party leaders.

He noted that the police will act on the reports that have been lodged against them.

“The (MCO) law is for everyone. As I said, no one is above the law. I understand that police reports have been lodged and I leave it to the police to take further action,” he told a press conference in Putrajaya today. 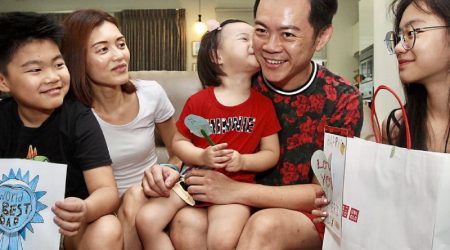