When South Korean girl group Miss A disbanded after seven years in 2017, disappointed fans yearned to fill the void in their hearts. Throughout the years, they looked forward to the possibility of a reunion or interaction between the four ladies who went their separate ways after the group split. Their wish finally came true not too long ago. Recently, Miss A’s former and only Chinese members Wang Feifei (王霏霏) and Meng Jia (孟佳) joined the mainland Chinese survival show, Sisters Who Make Waves <乘風破浪的姐姐>, to compete with other celebrities over 30 for a spot as one of the members of a five-member girl group.

Knowing that fans have been looking forward to seeing the group perform on the same stage again, the show’s producer asked Fei and Jia to perform their breakout song, “Bad Girl, Good Girl,” right at the start of the show. As skilled dancers, the duo surely did not disappoint despite it being years since they performed the song together. The two veteran idols still retained their chemistry while executing the choreography in a sharp and charismatic manner. With years of training and performing under their belt, Fei and Jia expressed that they undoubtedly belong in the best class – Class A – when the producer asked them to rate their skills. 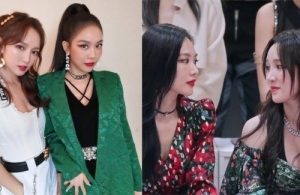 Although they split up into separate groups in the second round, both stars competed in the show with ease as they are the only two contestants who started their careers as idols. They even used their expertise as former members of a Kpop group and understanding of group dynamics to help their teammates practice the choreography and expressed, “Let’s remember the choreography under a happy environment first before tackling the details and expressions. It will be more efficient in this way.”

Having debuted under JYP, one of the top idol agencies in South Korea, Fei and Jia have undergone rigorous idol training and mastered various skills, such as captivating the audience and displaying a strong stage presence on top of their dancing and singing. Outsiders also referenced Miss A as the monster rookie of the second generation of K-pop after they made their debut with their smash hit, “Bad Girl, Good Girl.” The single paved the way to the quartet group’s successful track record and large fan base. 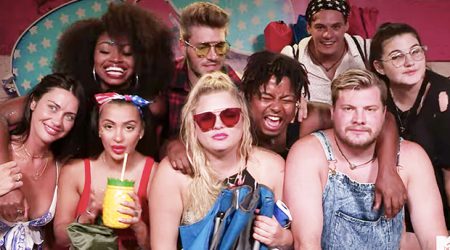