Amidst all the media attention on Kris Wu’s scandal this past week, here’s an unexpected development from disgraced actress Zheng Shuang who recently resurfaced to address the rumours surrounding her and also to personally apologise for the surrogacy issue that basically ended her career. Now is it just me or is the timing a bit too coincidental now that the public’s attention is fully focused on Kris?

In any case, the lengthy post she shared the other day outlines her response to the controversies surrounding her in the past six months. “I deeply apologise for not explaining to the public when the issue first came around. And as for the negative impact my surrogacy has had on society, I am also sorry. To my supervisory agency the NRTA, my alma mater, my family, the other party’s (Zhang Heng’s) family, Netizens, fans who put their trust in me and who are influenced by my actions and to the viewers who love my work , I sincerely apologise.

There’s no turning back for me. I can only try to focus on the critical points of the issue and sort it out” she says. It appears the critical points Zheng Shuang is hoping to address here pertains to the children, her finances and her ex-boyfriend’s continued accusations.

When it comes to the children, Zheng Shuang says that she does not want to further expose the children and increase the risk (of any chatter) that could impact public opinion about them in the future. Second, to ensure a smooth process for their births, she said she signed all the documents. Without a signature from either party, the children will be sent straight into the child welfare system. Third, she wants to give them the chance to grow up in a safe enough environment and not surrounded by quarrels and fights.

“I set a rule for myself not to intervene with the children to limit the possibility of the other party’s recording me and exposing their birth. At the same time, with the ongoing pandemic, I cannot take any risks and ignore its dangers (Covid). My going oversees will inevitably receive attention and everything will then be exposed. All I can do is to endure and wait and get legal assistance.” Moreover, she worries how this entire scandal will affect the kids in the future and whether they’ll live under its shadow always. All she can do she says, is to “put everything aside and just focus on taking care of the children, hoping that the sensitive children will be able to grow up happy surrounded by love”.

As for the allegations regarding her salary, she said the allegations of her receiving 160 million RMB and her receiving a daily wage of 2.08 million RMB (on her yin-yang contracts) are all false. And that the tax authorities are already aware of all their financials. “The final result cannot be based on public opinion alone. I believe the tax authorities will be able to give a fair and just result and remain unaffected by public opinion.” Moreover, she asks the public not to believe the screenshots circulating online likely from her ex. “Such things will never happen. If there was a mistake caused by my negligence or unprofessionalism, I can shoulder that responsibility. However, I cannot bear the responsibility of results based on public opinion…” All she asks, she said, is for the law to give her case due process as any normal person and not to let her surrogacy scandal colour the results of the investigation.

On Her ex Zhang Heng Posting Information About Her Online

Zheng Shuang also took the opportunity to call out her ex Zhang Heng’s harassment of her online and his repeated publications of recordings he secretly took. “Mr Zhang Heng, please stop your harassment towards me. I’m officially warning you to please stop with harassing me and my family. I won’t post videos that will disrupt social order, nor will I try to use illegally taken videos to blacken other people’s families. Please stop using the children and myself to get people’s attention.

I’ll also say here that I don’t have the right to stop you and the kids from returning to China, and neither party has requested for any child support. I hope you can obey the ruling passed down by the judge after I issue this warning and stop harassing me again.”

You’d think the story stops here but nope, because yesterday morning, Zhang Heng pops out his very own lengthy post to refute what he calls her “PR essay” peppered with another fresh set of 10 screenshots detailing emails and conversations as proof.

Alluding that her entire post was all part of a PR move to save her reputation, Zhang Heng says he’s speaking the truth so she’s welcome to refute him with evidence if what he’s saying is false. Amongst his points, Zhang Heng said after failing to have the babies aborted at seven months old, Zheng Shuang then tried to have the children taken into the welfare system by several means such as not signing the pre-birth order (PBO). Right until the children were born, he alleged that both Zheng Shuang and her parents still insisted on sending the children away and it wasn’t until she was threatened by the agent to sign the vital PBO document at the risk of child abandonment in California that she actually signed.

With regards to her comment that the pandemic kept her from flying overseas, he said that the children’s births occurred in 2019, several months before the pandemic closed the borders so there really was no reason for her not to be present for the births except if she already planned to abandon them. Moreover, she claimed at the trial that she was busy filming yet messages (from screencaps he provided) seem to say otherwise.

Zhang Heng also touched upon her statement regarding taxes and her finances, saying that there’s enough proof in the transfer records including all the notarized evidence which were certified true and effective and in accordance to the requirements of the tax authorities. “You open your eyes and talk nonsense, this seems pretty normal for you. But I only have one thing to say: believe in the evidence and believe in the law.”

Likewise, when it came to her statement about his harassment of her, he said that all he ever wanted was sole custody of the children because he can’t seem to avoid her anywhere. He says she keeps telling everyone that he keeps harassing her when her fans appear to be the ones harassing his family non-stop. 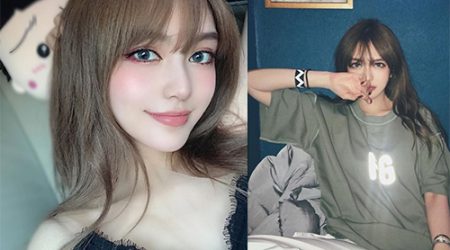 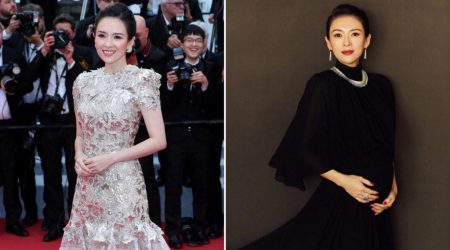 Excuse us while we book our next F45 workout. Chinese actress Zhang... read more 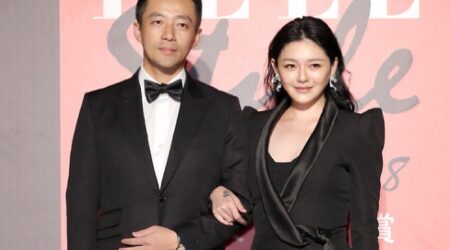