When Show Lo (羅志祥) cheated repeatedly in their nine-year relationship, social influencer Grace Chow (周揚青) decided the sweetest revenge was to expose his true colors. Although cheating in celebrity relationships is common, below are 10 artistes who chose to forgive their partnerss and give their relationships a second chance. In April 2019, Andy Hui (許志安) was caught kissing Jacqueline Wong  (黃心穎) in a taxi. Many fans were concerned how Andy’s wife, Sammi Cheng (鄭秀文), would respond and whether this would upset her mental health.

Due to her Christian faith, Sammi decided to forgive Andy three days after his cheating was exposed. Though many fans were shocked by how quickly Sammi made her decision, she found inspiration in the Bible, “Love never gives up, never loses faith, is always hopeful, and endures through every circumstance.” Though Kenix Kwok  (郭可盈) and Frankie Lam (林文龍) often come across as a happy family of three, some may recall that Frankie had cheated in their marriage in 2009 when he became involved with Chinese actress, Vicki Dong (董维嘉). Frankie was at an unhappy point in his marriage due to financial stress. The tabloids revealed audio clips of a conversation with Kenix and her manager regarding the scandal, in which Frankie later apologized for his mistake publicly. There were a lot of rumors of Joe Nieh (倪震) cheating throughout the years, but that didn’t stop Vivian Chow (周慧敏) from marrying him. In 2008, Joe was seen at the bar kissing university student, Miffty Cheung  (張茆). Though the scandal took place, Vivian forgave Joe and the two got married. Vivian reveals her marital beliefs, “In my heart, my husband is more important than myself!” and would look to Joe to guide all her decisions. Michael Tao (陶大宇) and Wong Wai Po (黃慧寶) dated for over 10 years before getting married in 2000. In 2006, Michael was linked with Sonija Kwok (郭羨妮) and he suddenly announced his divorce the following year. Michael’s good husband image was immediately ruined. However, he later reconciled with his ex-wife and though they did not re-register for marriage, they continue to live together as a couple. Known for his flirtatious nature, Benny Chan (陳浩民) is married to Chinese model Lisa Jiang (蔣麗莎) with four children. In 2011, he was caught kissing and fondling Rose Chan (陳嘉桓), who was only 18 years old then. Benny opened a press conference to apologize to his wife, who was pregnant at the time. In 2014, he was again spotted behaving intimately with a long-haired young woman. Knowing each other since they were 12 years old, Joe Ma (馬德鐘) and Karen Cheung (張筱籣) have been married for 27 years. In 2006, Joe was caught cheating in their marriage, when he was spotted taking a vacation with another woman in Thailand. His wife thought about divorcing him, but she chose forgiveness as they have so much shared history together.

In 2011, Joe was also present during Rose Chan’s harassment scandal, as he watched on laughingly while Benny Chan fondled the actress.

Joe’s “mistakes” led Karen to scale back on her academic career to spend more time with him, as well as raise their son, Ma Xiang (馬在驤). Forgiving the past so their marriage can continue to move forward, Karen said, “I’m grateful to have you by my side. Life is about living today better than yesterday.” While dating Yoyo Chen (‎陳自瑤), Vincent Wong (王浩信) had reportedly cheated with model Cammi Tse (謝芷蕙), who was at his house for over five hours. Vincent received negative press for the incident, but Yoyo chose to trust him. Though they are now married with a daughter, Vincent is often linked with his female co-stars. There are still rumors of marital conflict between the couple, who is believed to lead separate lives. Before marrying advertising executive Kasey Lin (练海棠), Christine Ng (伍詠薇) had an affair with a married man. Realizing she was breaking up another couple’s marriage, Christine ended the affair.

Perhaps this is why Christine was very understanding when Kasey was caught acting intimately with another woman in 2016, and she chose to reflect on what was wrong in their marriage instead. Christine said the blame couldn’t solely be placed on her husband. The two remain happily married for 20 years now. Singer-songwriter David Tao (陶喆) has also been caught cheating in the past. In 2015, he went behind  Penny Chiang’s (江姵蓉) back with Yeung Ziqing (楊子晴), in which the two were seen at a hotel together. David admitted to his affair and apologized to his wife. 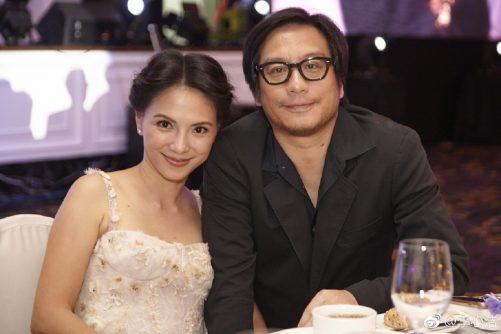 Though married to award-winning actress Angelica Lee (李心潔), director Oxide Pang (彭順) cheated on her with model Liddy Li (李悅彤) in 2014. Due to her Buddhist beliefs, Angelica believes her husband deserves a second chance. Angelica explained her reasons, “There are ups and downs in life. As long as you consider these setbacks as opportunities for learning, you will then know how to cherish every encounter.” 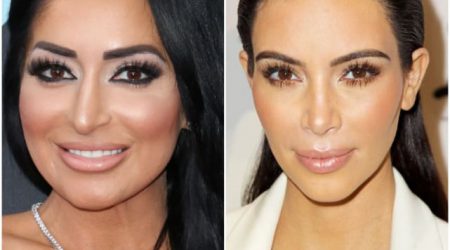