Filmed last year, TVB drama Chinatown <唐人街> was marketed as the sister production to the widely successful A Fist within Four Walls <城寨英雄> and The Unholy Alliance <同盟>. Expectations for Chinatown are high, and the drama has been designated to air during the coveted Anniversary Awards period.

Set in Thailand in the 1960s, Chinatown centers around the trials and tribulations of the local Chinese people living in Bangkok. Due to the elaborate sets and part of the drama filmed in Bangkok, Chinatown‘s budget was much larger than The Unholy Alliance.

Completing its filming in May 2019, Chinatown was included in the 2019 TVB Sales Presentation but for reasons unknown, it was not broadcast last year. Working well with producer Joe Chen previously and encouraged by the success of A Fist within Four Walls, Ruco trained intensively for the fight scenes and got into his best physical shape although he had to take care of his pregnant wife Phoebe Sin (單文柔) at the time. It is understandable that given the cast’s hard work in Chinatown, Ruco was disappointed that the drama was not able to air in 2019.  Without any dramas airing for almost two years, Ruco expressed his frustration on Instagram earlier, and said that he was even starting to doubt his own abilities.

With the wait soon to be over, TVB will allegedly air Chinatown in September after Al Cappucino <反黑路人甲>. As fall and early winter are considered to be the prime broadcast dates, Chinatown will be a hot contender for this year’s TVB Anniversary Awards. 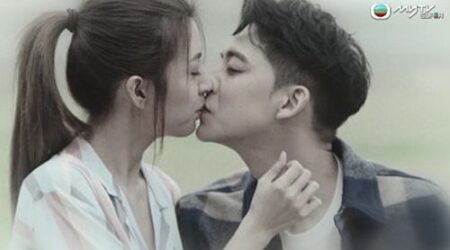