Many were thrilled when Zhang Ziyi (章子怡) officially debuted her baby bump recently. However, Wang Feng’s ex-girlfriend had some not-so-kind words for the actress.

Ge Huijie, who is the biological mum of Wang Feng’s eldest daughter Apple, took to social media to express her anger towards the award-winning star. She even accused Ziyi of being a neglectful mum.

What sparked the drama in the first place?

The 40-year-old actress documented a fun day out at the beach with her 3-year-old daughter Xing Xing. This apparently triggered Huijie since Apple was at home eating instant noodles.

Huijie’s wrote, “Are you a caveman? Are you breeding? According to your personality, maybe you have more illegitimate children? You better don’t think of yourself as a king, please take care of our own kids.” Despite not mentioning anyone by name, many fans figured it was aimed at Wang Feng and Ziyi.

Huijie reportedly gave birth to Apple out of wedlock in 2005 at the age of 18. She and the rocker eventually parted ways. This isn’t the first time she has publicly lashed out at Wang Feng. Back in 2016, she told Wang Feng “to go to hell” and claimed Zhang Ziyi only posted photos with Apple to get attention.

Netizens have advised Huijie to quit being so paranoid. Just because the actress is having a 2nd child with Wang Feng, it doesn’t mean that Apple will be shunned. The troubled model has since deleted her Weibo message. 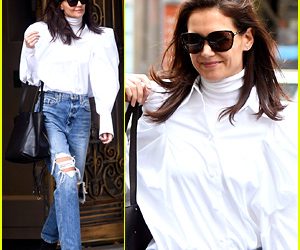