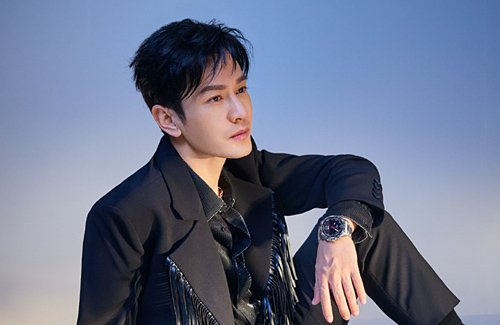 Requested by the director of his film The Man With the Wig <戴假髮的人> to shed 33 pounds within a short time for his role, Huang Xiaoming (黃曉明) continues to suffer periodic side effects due to the rapid weight loss.

While praised for his youthful appearance post weight loss, Xiaoming had resorted to all types of intermittent fasting and tried digestive enzymes to drop weight quickly for the film. However, these are now causing side effects now such as gastric discomfort as well as occasional heart palpitations. Describing these as “rather painful,” the 43-year-old warned the audience against imitating his dieting behaviors.

During the filming period earlier, director Dong Yue (董越) had shared online about Huang Xiaoming’s discomfort on set as the actor had to fast on top of  enduring overnight filming schedules. Apparently, the 43 year-old had requested a few minutes’ rest from the director when he felt unwell on set.